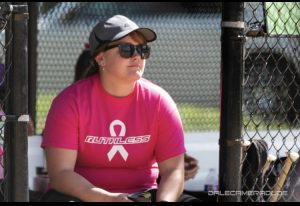 Katelyn Pepper grew up in Berkeley Twp along with her 3 sisters, all pitchers for the softball program at Central Regional.  One of Katelyn’s more memorable games in high school was throwing a one-hitter against Kingsway, who was ranked 5th in the state. In addition to softball, Katelyn also enjoyed playing high school field hockey. In high school, Katelyn received awards and accolades both athletically and academically. Katelyn went on the play club softball at Xavier University before she transferred to Kean University, finishing her degree in Business Marketing. After playing a few years in adult fast pitch and slow pitch leagues, Katelyn decided to help pass on her love of the game to the next generation and thus began coaching with NJ Ruthless. She hopes to bring to the young ladies in the program a fiery passion for the game and mental toughness that will help them succeed not only in softball, but in life.